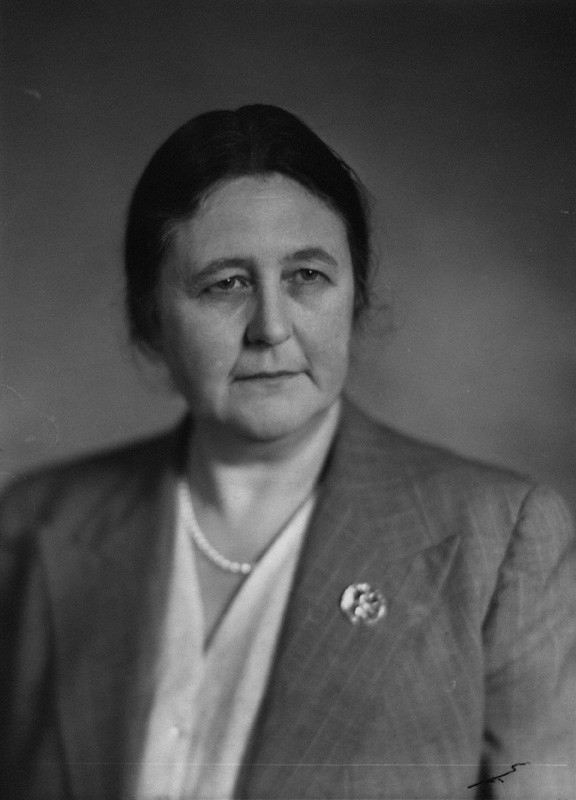 Mary Guillan Smieton was born on December 5 1902, the daughter of the bursar at Westminster College, Cambridge. She was educated at the Perse School for Girls, Cambridge, Wimbledon High School, Bedford College, London, and Lady Margaret Hall, Oxford, where she read PPE.

She entered adolescence during the First World War and remembered details long forgotten or unknown; for example, the gas jets - that war's equivalent of air-raid sirens - raised and lowered in people's houses by the gas company as an alert for the approach of zeppelins.

As well as being one of the three women successful in the administrative grade Civil Service exams in 1925, the first year in which women were allowed to compete, she became the first woman to serve as private secretary to a minister - Sir Henry Betterton, Minister of Labour, in 1933.

Shortly before the Second World War broke out, Mary was seconded to the Home Office, where she took a prominent role in organising the Women's Voluntary Service for its wartime activities. Back at the Ministry of Labour and National Service from 1940, Smieton embarked on a crucial working relationship with ex-trade unionist Ernest Bevin, her lifelong hero - and one of her two most admired ministers - the other, much later, being Conservative David Eccles. Her work on the recruitment of women to the armed services, factories and farms was vital to the war effort and the subject of an extended interview with the Imperial War Museum.

In 1946, she was seconded to the brand new United Nations in New York, as the organisation's first director of personnel. She was emollient but sharp about people and the contribution they might best make - an "investor in people" long before this became a public badge. And she was a leading light, along with Evelyn Sharp and Alix Kilroy, in the Council of Women Civil Servants.

From 1948 to 1953, she had charge of the employment policy department at the Ministry of Labour, and was a member of the joint consultative committee which brought together industry and unions to discuss employment strategy. She was appointed DBE in 1949, and in 1953 she took charge of the safety, health and welfare department before being appointed Permanent Secretary at the Ministry of Education in 1959.

Alfred Robens, with whom Mary Smieton had worked at the Ministry of Labour, said of her "there are two sides to her personality. One is her official side, efficiency itself. The second is a warm, human woman, with a great sense of humour. This is a most remarkable combination."

After retiring in 1963, she was very active in the museums world and also took a keen interest in the countryside and, as a private citizen, spoke against the sprawl of caravans, the "forest" of overhead power lines, and litter louts.

Her trademark, both before and after retirement, was practicality coupled with courtesy and charm. And her no-nonsense approach to problems remained with her throughout her life. At 99, for example, she decided to visit a friend in a remote part of the country. Not wanting to spend a night away, and facing the impossibility of public transport, she chartered a helicopter and made sandwiches for lunch (bread-making being one of her hobbies, alongside watching rugby and snooker) and so enjoyed half a day with her friend. This was typical of her approach to problems.

She never married, and she and her sister, who predeceased her by some years, shared a large Victorian house in St Margaret's, Richmond-upon-Thames.  She shopped on her own with the help of an electric buggy into her second century. Above all, she was devoted to the large garden and, at 100, was still able to weed before going out to lunch.