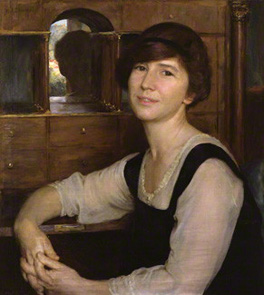 Freya Stark was born in 1893 in Paris to bohemian, impecunious and ill-matched parents. Her father was British, her mother Italian of Polish/German descent. She lived in Italy during much of her childhood and suffered an accident which left her with a disfiguring scar around her hairline. She was then educated at the University of London where she studied Persian and Arabic.

She found the next few years, including the war years, pretty miserable and, in 1927, she struck out on her own, catching a cargo ship for Beirut. She then fell in love with the Middle East and travelled widely throughout Syria, Iraq and Arabia, becoming increasingly well known as an explorer, writer and lecturer. As she said: “To awaken quite alone in a strange town is one of the pleasantest sensations in the world.”

She earned the respect of British diplomats in the area and they encouraged her to travel to Aden, in Yemen, at the outbreak of World War 2, where she began work for the Ministry of Information as an Assistant Information Officer. She subsequently worked in Cairo, Alexandria and Luxor, charged with fomenting pro-British sympathy across the area through the creation of a secret society The Brotherhood of Freedom.

She was a stylish woman, only five foot, one inch (1.46 metres) tall and a rather eccentric dresser, appearing in the London Season in 1938-9 with a lizard draped round her neck. And she loved the gaiety and glitter of wartime Cairo. She drove from Cairo committee to Cairo committee in a little blue car which was said to be one of the chief menaces to the general safety of Egypt.

She transferred to Baghdad in 1941 in order to nurture an Iraqi branch of the Brotherhood, and spent a month besieged in the Embassy during a coup d’état staged by pro-German Iraqi generals. She left in 1942 in order to undertake a lecture tour in the USA for the Ministry of Information. This was a difficult assignment given American sensitivities about the British Empire/Commonwealth and Jewish sensitivities about UK policy in Palestine. And she didn’t like what she saw as America’s soulless and materialistic culture, which she compared unfavourably with the spiritualism and rich variety of her beloved Middle East.

She had quite an ego and revelled in her unusual status. And she was shrewd: “The great and almost only comfort about being a woman is that one can always pretend to be more stupid than one is and no one is surprised.” But she was very insecure, partly because of (as she saw it) her appearance (her scar and – now in her late 40s - increasing weight), her intellect, her social status and her financial means. She was also infuriated by the inevitable comparisons with Gertrude Bell who had died the year before she had first set sail for the Middle East. 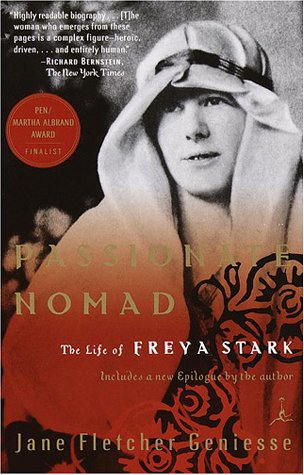 But she fell out of favour in 1943 when, after a couple of weeks in Delhi, she persuaded the High Commission to allow her to export a car, and drive it to Baghdad, on the understanding that it would then be sold at cost price to the Embassy car pool there. Instead, she sold it in Baghdad for £5,000 – a huge amount of money and five times what she had paid for it. That put paid to her diplomatic career and she reverted to writing and travelling.

She married late in life – at the age of 54 – but her husband was a closet homosexual and they separated after 5 years.

There is a good deal of further interesting information about Freya Stark in Helen McCarthy’s excellent Women of the World – The Rise of the Female Diplomat as well as in Passionate Nomad: The Life of Freya Stark by Jane Fletcher Geniesse.