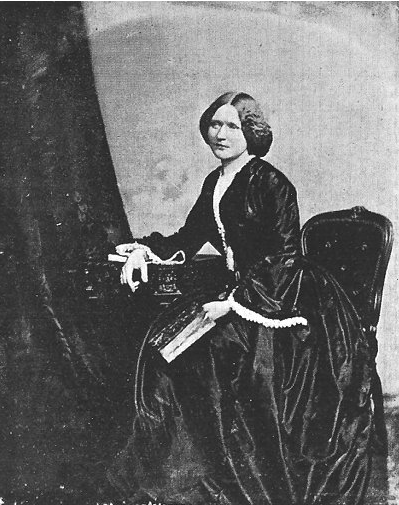 Jeannie Senior was the first woman to be appointed as a civil servant (outside the Post Office).

This was in 1873 when she was appointed as the first female inspector of the education of girls in pauper schools and workhouses. 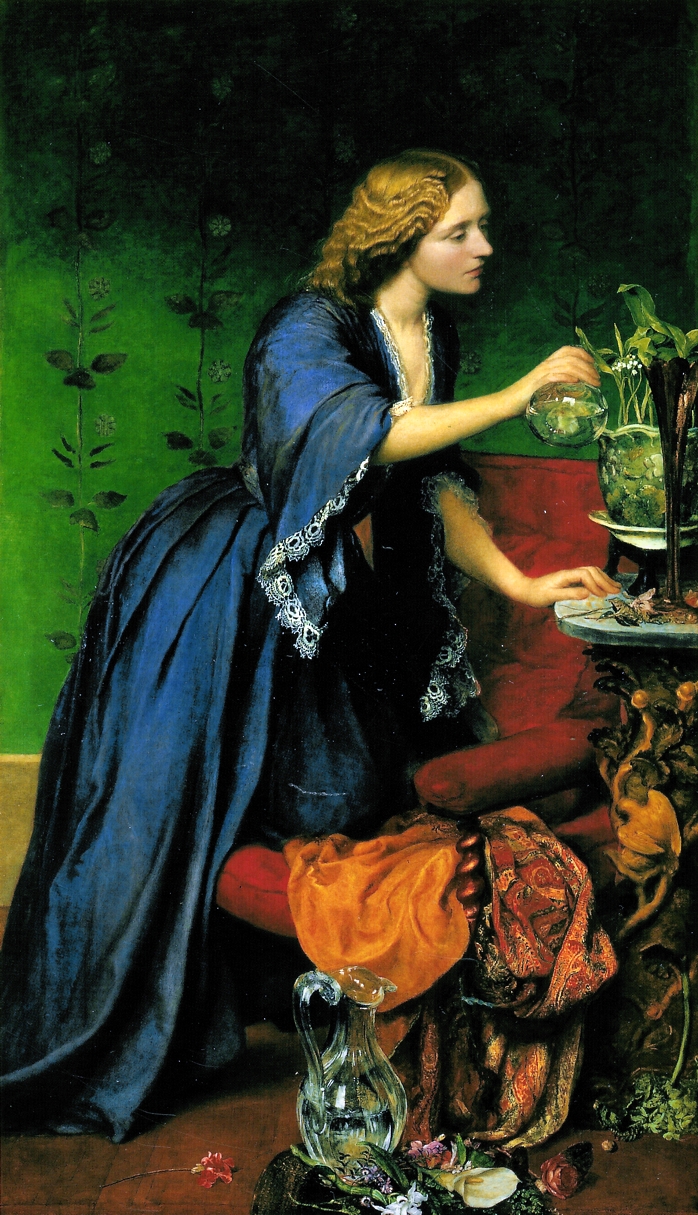 Jane Hughes - later known as Jeanie (pronounced 'Janey') was born in Berkshire on 10 December1828, the only girl in the middle of seven boys. Her brother, Thomas Hughes, was the author of the popular novel Tom Brown's Schooldays which immortalises the comfortable country life of the Hughes family.

She married Nassau John Senior in 1848. He was the only son of well known political economist Nassau William Senior who drafted the harsh Poor Law of 1834, believing that "a well regulated workhouse" was the best way to prevent pauperism because the "dissolute poor hate its cleanliness". Her marriage brought her into greater contact with many leading religious, political and social figures including Octavia Hill; Florence Nightingale; George Eliot; Kate Collins (Dickens’s daughter); and Lord Shaftesbury. The painting on the right is by artist George Watts.

But her society contacts also led to conflict with her father-in-law's views; and her husband turned out to be indolent, condemning her to constant financial worries. It didn't help that, when her father-in-law died, he cut his son out of his will. She nevertheless had energy to spare for the wider world, visiting workhouses, supporting a local industrial school for girls, and helping Octavia Hill in her housing projects.

Jeanie's relief work with soldiers returning from the Franco-Prussian War led to the foundation of the National Society for Aid to Sick and Wounded in War in 1870, forerunner of the British Red Cross. Dr Barnardo is said to have taken up Mrs Senior’s torch when he opened the Barkingside Girls Village Home in 1876.  Dr Barnardo is reported to have said that ‘Boarding out… owes its introduction in England to the indefatigable labours of the late Mrs Nassau Senior’.

Her work brought her to the attention of James Stansfield, the president of the Local Government Board.  He was described by the historians Mr and Mrs J.L. Hammond as a “Victorian champion of sex equality”. His appointment of Mrs Senior as assistant inspector of the education of girls in pauper schools and workhouses was an ‘unpopular innovation’ and considered ‘unendurable’ to the male civil servants and was ‘fiercely resisted’.  They provided such an ‘unfriendly atmosphere’ that Mr Stansfield was required to give Mrs Senior ‘all the encouragement he could’.  Before he left office Mr Stansfield made Mrs Senior’s appointment to the civil service permanent so that “they could only get rid of her upon abolition terms…”.

The Treasury's Permanent Secretary, who was asked to agree to the permanent appointment, saw the appointment as a very significant precedent.  He noted that the obviously sensible appointment of a female inspector of women's conditions in workhouses "opens a very large question [as] the amount of unemployed [middle/higher class] women is so great that , if anything like ladylike employment is offered, we may expect the utmost pressure to extend it ...[The] attention of the Government should, I think, be called to it"

Jeanie also faced severe problems at home, coming under great pressure to spend more time looking after her family.  And she had to write about very sensitive subjects, such as the sexual vulnerability of servant girls who were 'feeble-minded'.  But her network outside the civil service helped her both practically and by countering her inevitable self-doubts.  One Dr Mitchell advised her to admit the problems that she had discovered - 'show it as full as possible - then confess that there is no present way out of it.'  The girls, for instance, could not simply be locked up for life.  He also helped her with statistical tables and decimals

She engaged a team of women investigators, most of whom were unpaid, before writing her official report (‘Report by Mrs. Senior on Pauper Schools’, January 1874) which was inevitably critical of the existing arrangements. Her report caused a public furore with a lengthy (and, on her opponents’ side, a very ungentlemanly) battle with the vested interests of the ‘workhouse establishment’, carried out largely through the letters columns of The Times where she was referred to as “that woman”. A former Chief Inspector - whose work she implicitly challenged - told her "that no fair conclusion could be arrived at by a party of ladies trying to master so complicated a question in a few months".   Jeanie had expressed particular concern about the hundreds of girls who had left the workhouses and could not now be traced.  Her critic sneered at her 'kind surmise' that they might have a sorry story to tell and proffered a contrasting fairytale ending for all of them - happily employed by wealthy aristocrats from whom they wished to conceal their pauper past.

Jeanie bravely (and politely) stood her ground, and her views began to gain support, but she had to resign as a result of ill-health in December 1874. Nevertheless, in the third Annual Report of the Local Government Board, special attention was drawn to her ‘thorough and courageous’ report and it was included as an appendix.

Jeanie died of 'cancer of the womb' and exhaustion on 24 March 1877, aged 48; and is buried in Brookwood Cemetery in Surrey.  (Grave No.72930, diagonally across from the Columbarium)

Sadly, her pioneering efforts led to very little in the short term.  Her male colleagues ensured that there was no radical, humane reform of pauper girls' education, and she did not establish a precedent for the employment of women in those areas of the Civil Service with special responsibility for the female half of the poor.  It appears that she had antagonized her previous colleagues so much that they united in opposition to all her ideas.

There is a good deal of further information in Sybil Oldfield's wonderful biography: - Jeanie, an 'Army of One': Mrs Nassau Senior, 1828-1877, the First Woman in Whitehall.  (And I have a spare copy if anyone would like it.  If so, please email me.)  Ms Oldfileld does a great job of removing "the 'angelic' mask placed ... over Jeanie Senior [to] try to reveal the much more interesting, complex, vulnerable, frustrated human being underneath [who] met with ferocious disapproval, sneers, and public vilification [partly because] she was not an Angel in the House but had left her home for an office in Whitehall".