Anne Mueller was born in Mumbai in 1930 to a German businessman father and English mother who had met and married in India. In the late 1930s, as a result of her father's ill-health, her parents settled in Slovenia, where they ran a vineyard. After the onset of the second world war, Anne's mother joined her daughter in England.

This disruption of her family life, and the obvious difficulties for a young girl coming as a stranger with a German name into an English school at that time must have been a considerable source of stress; Anne would occasionally refer to this period in her life, dryly, as "character-forming". And it was perhaps at this time that she did indeed develop the somewhat reserved, cool style that she projected, to all except close friends, in her professional life.

At Wakefield Girls' High School, her prize in a national essay competition was to spend three months in the United States. A scholarship then took her to Somerville College, Oxford, where she read philosophy, politics and economics.

After graduating, Anne joined the civil service, entering the Ministry of Labour and National Service in 1953. She made her Whitehall career in the departments that specialised in employment, technology and industrial policy, becoming (in the rather quaint Whitehall nomenclature of that time) an undersecretary at the Department of Industry (DoI) in 1972 and then a deputy secretary in 1977. This was a time of great professional success for Anne; during the mid-1970s, the DoI and the Treasury worked closely together on industrial policy, at a time when this was synonymous with large- scale state intervention in industry, and she was in the thick of it.

After the change of government in 1979, Anne led the DoI work on regional policy - a very hot and tricky policy area in the recession of the early 1980s. She moved on to the Cabinet Office in 1984, where she was responsible for the personnel management side of the civil service. Her final job in Whitehall, from 1987 to 1990, was as second permanent secretary at the Treasury.

After her retirement from the Civil Service, she devoted a great deal of her time to higher education, in which she was passionately interested, becoming chancellor of De Montfort University in Leicester from 1991 to 1995. She helped fight poverty by supporting CARE international, on whose behalf she travelled extensively, even when wheelchair-bound, and she was a director of BSkyB. 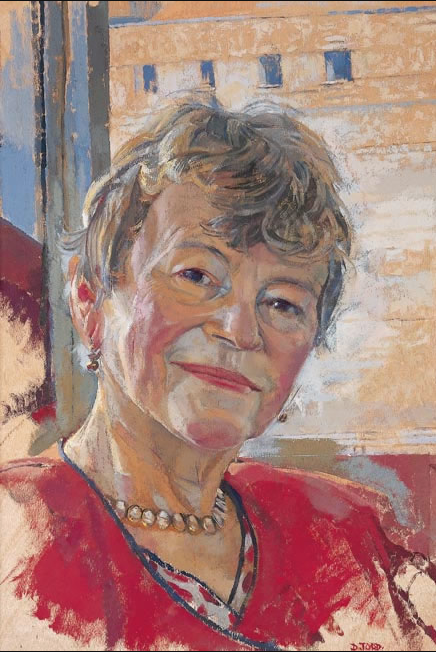 She could be quite intimidating to those who were ill-prepared for her meetings, often interrupting her interlocutor with the question “why are you telling me this?” within 60 seconds of the start of the session. It was wise to know the answer to that question and wiser still to have already raised the question yourself and offered a direct answer at the outset.

But the private person was another matter. She could be a very good and thoughtful friend, and had a real love of travel, art and music, of pretty clothes - she had a passion for many-buttoned, brightly coloured clothes, which suited her petite frame and made her a striking and elegant figure - and antique jewellery.

The defining characteristic of the private Anne, however, was her extreme stoicism in the face of a long struggle with increasingly debilitating illness. In 1956, while on secondment to the Organisation of European Economic Co-operation in Paris, she had been involved, as an innocent victim returning from a sightseeing tour of Fontainebleau, in a crash which threw her from her car. It seemed at first that she would not survive her multiple injuries, and indeed she was out of action for two years. But as a result of her injuries, she developed severe arthritis at a relatively early age.

Then, in her late 50s, she was diagnosed as having Parkinson's disease, which took an increasing toll on her physical mobility throughout her 60s.

Anne was determined to lead her life as she wished in spite of her illness; when she could no longer drive, she took to a form of motorised chair, in which she whizzed, at some risk to pedestrians, around Notting Hill, parking it nonchalantly and usually illegally outside the restaurants she liked to visit. She did battle with the forces of bureaucracy to ensure that she, and others in her position, were treated with proper consideration. She always won.

[Much of the above is taken from Anne Mueller’s obituary, written by Colette Bowe. The portrait artist is Daphne Todd.]