Ian Bancroft served in the British Forces during the Second World War before joining the Civil Service and rising to become Head of the Civil Service from 1978 to 1981. He was perhaps untypical of those who, like him, spent much of his early career in the Treasury in that he was as interested in management and public administration as in policy. He believed, too, that Whitehall-based civil servants should be outward looking. They should be familiar with academic writing about the work of government. They should also be interested in what was actually happening in government offices around the country, and especially in interactions between the public and civil servants. 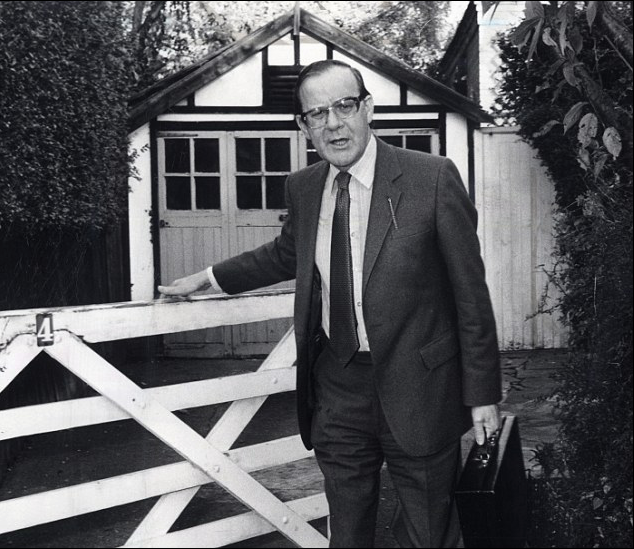 He made his name as an advocate for larger departments like the Department of Environment and Transport, where he hoped cross-boundary issues could be resolved internally. He was also strongly concerned about civil service motivation and morale well beyond Whitehall, and personally promoted a review - The Wider Issues Review - which looked at factors other than pay which affected the delivery of government policy. It famously suggested that civil servants felt that they had been 'mucked about' too much - plain language which was very much his own. He disliked intensely the fashion for what he called 'playing shops' - attempting to apply the market approach to public service areas where he did not believe it worked.

He was exceptionally talented but, in a sense, typical of those who had seen action in the D-day campaign when, as an eventual Captain in the Rifle Brigade, he found himself snatched from a Balliol College English Literature course to supervise the firing of Vickers machine guns in Normandy and beyond. He went on to serve Ministers of different political parties with distinction, being regarded by both Conservative Chancellor Rab Butler and Labour Chancellor Jim Callaghan as one of their best Private Secretaries. Subsequently appointed by Prime Minster Callaghan as Head of the Civil Service in the late 1970s, he never shirked from 'speaking truth unto power'.

During difficult times in the first years of Mrs Thatcher's administration, he worked tirelessly to reduce civil service numbers as required by the government and the economic situation, and supported the reforms prompted by Sir Derek (later Lord) Rayner's work as external Efficiency Adviser. But his relationship with Mrs Thatcher deteriorated during stressful civil service pay disputes in the early 1980s, and perhaps she never saw him as 'one of us'. One widely believed story had him responding to her comment that he advised, but it was her job to decide, by commenting with his impeccable steely politeness that his job was to advise and hers was, at least at first, to listen.

In the face of incoming flak from Ministers, he did not flinch - he knew that he had faced more damaging fire elsewhere. In the end, however, Mrs Thatcher found it easier, and in her view more efficient, to dispense with his counsel by abolishing the Civil Service Department and merging its functions with the Treasury and Cabinet Office. Ian Bancroft retired, but spent a number of well-regarded years primarily as a cross-bencher in the House of Lords. His tragic premature death from a recurrence of cancer deprived the House of a thoughtful advocate of steady incremental reform, something he also recommended for the civil service.

One neglected part of his legacy is some fine - and moving - war poetry written in 1944 and 1945. Never as visible as First World War poetry, this work deserves to be more widely known. Five examples may be read here.

Ian Powell Bancroft, Baron Bancroft (23 December 1922 - 19 November 1996) was a British senior civil servant. He was born at Barrow-in-Furness, the son of a teacher. He was educated at Sir William Turner's Grammar School, Coatham and Balliol College, Oxford, where he read English. He served with the Rifle Brigade in France from 1942 to 1943, reaching the rank of Captain.

After leaving the Army he joined the Civil Service, serving as Private Secretary to the Second Secretary to the Treasury Sir Henry Wilson Smith from 1948 to 1950, to the Chancellor of the Exchequer Rab Butler from 1953 to 1955 and also to Butler as Lord Privy Seal from 1955 to 1957. He was Principal Private Secretary to the Chancellor of the Exchequer Reginald Maudling in 1964, continuing under James Callaghan until 1966, when he became an Under-Secretary to the Treasury. In 1968 he moved to the same position in the new Civil Service Department, then to the Department of the Environment as Deputy Secretary and Director General of Organisation and Establishments from 1970 to 1972.